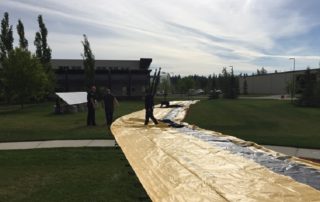 Flooding, a blight on humanity

Climate change and flooding disturb and disrupt the entire planet. In addition to being a major stress for the parties concerned, recently recorded global flooding has caused significant material and financial damage and resulted in several hundred deaths.

In most cases, flooding occurs when the amount of water in a river rises, reaches full height and then overflows onto the banks. The factors that cause flooding can be grouped into the following three categories:

Water-Gate flood dams are used worldwide and enable to save both time and money. Our know-how and years of expertise results in your immediate success!